KSB Litigation is a group of trial attorneys, including a former judge, specializing in civil litigation, family law, mediation, and appeals. With decades of experience serving individuals, families, small businesses, and Fortune 500 companies, our attorneys have helped clients resolve all kinds of disputes in state and federal courts. 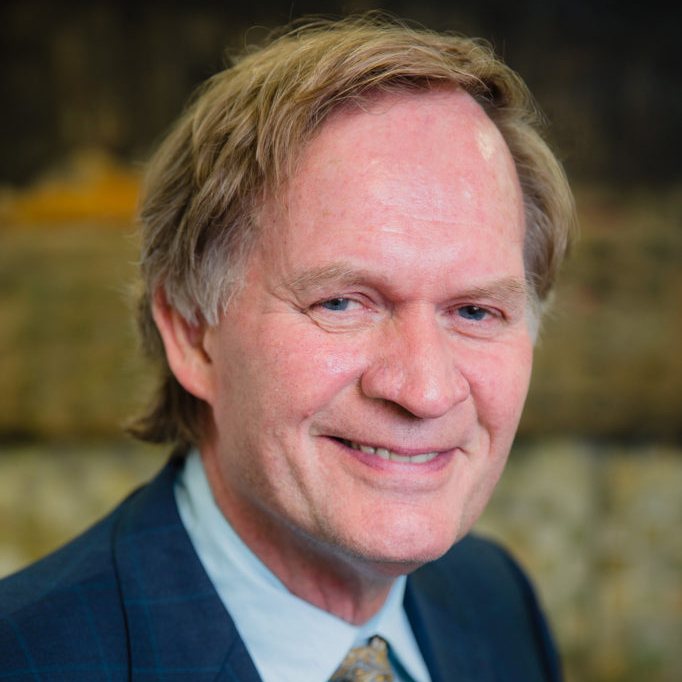 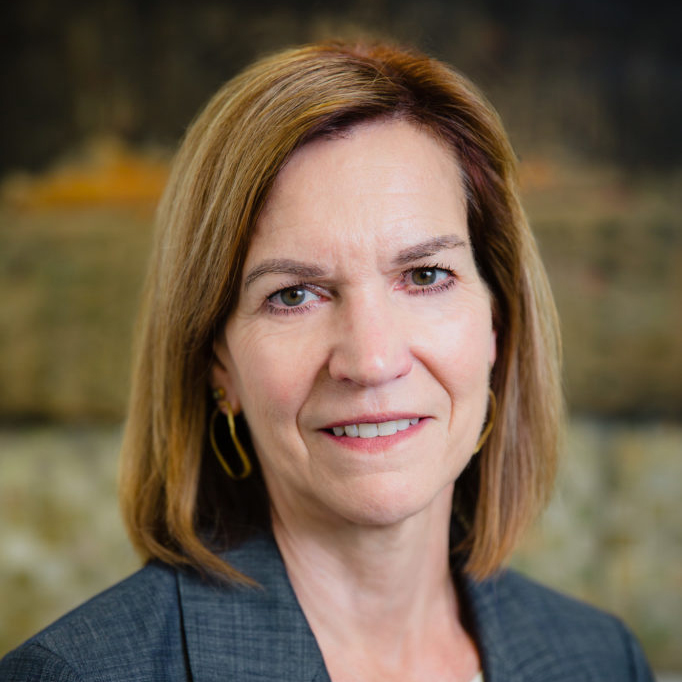 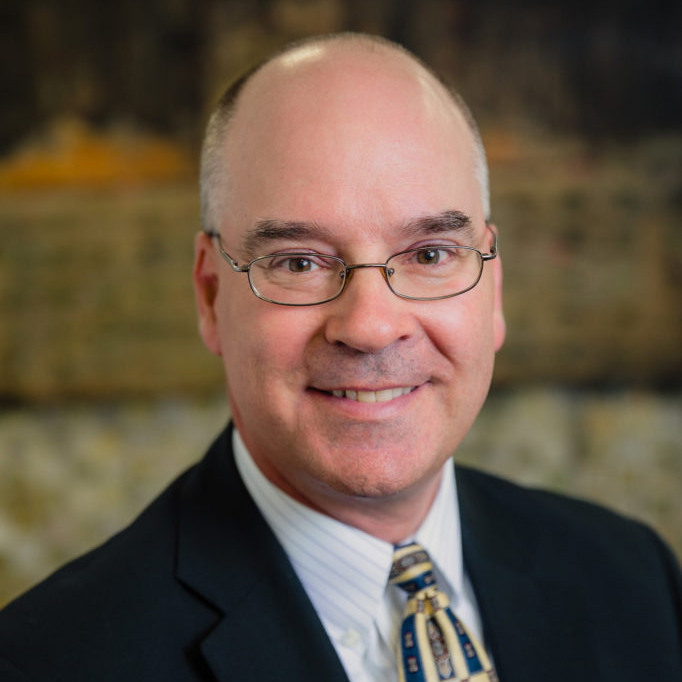 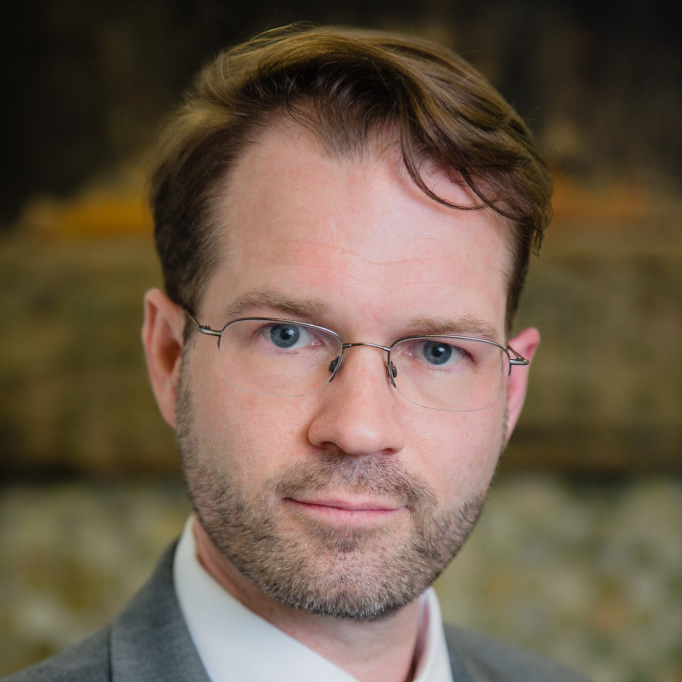 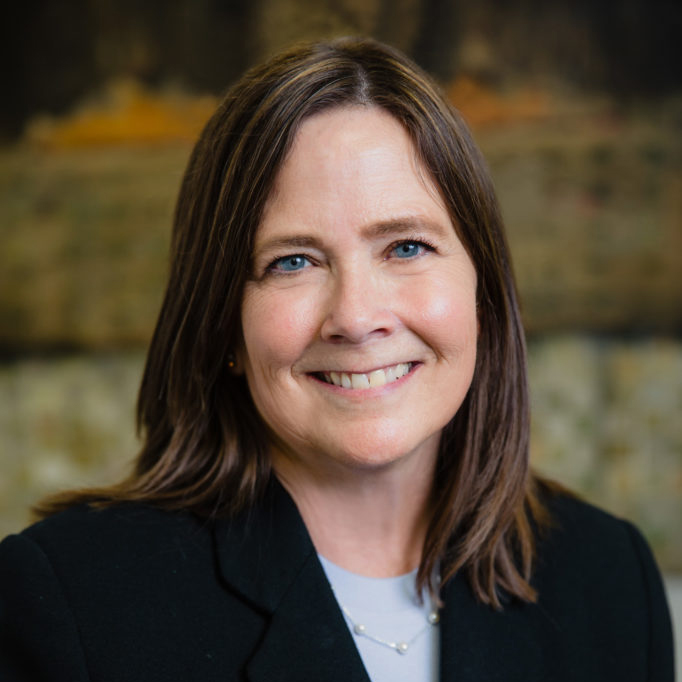 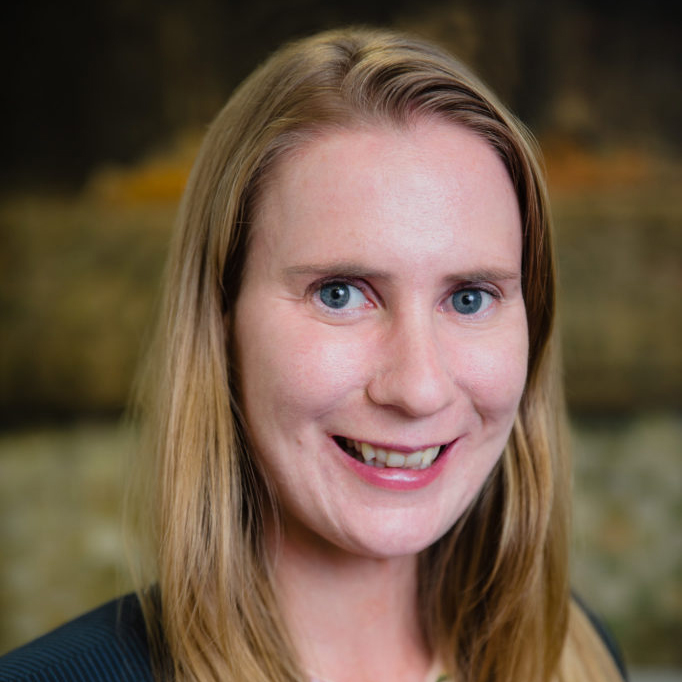 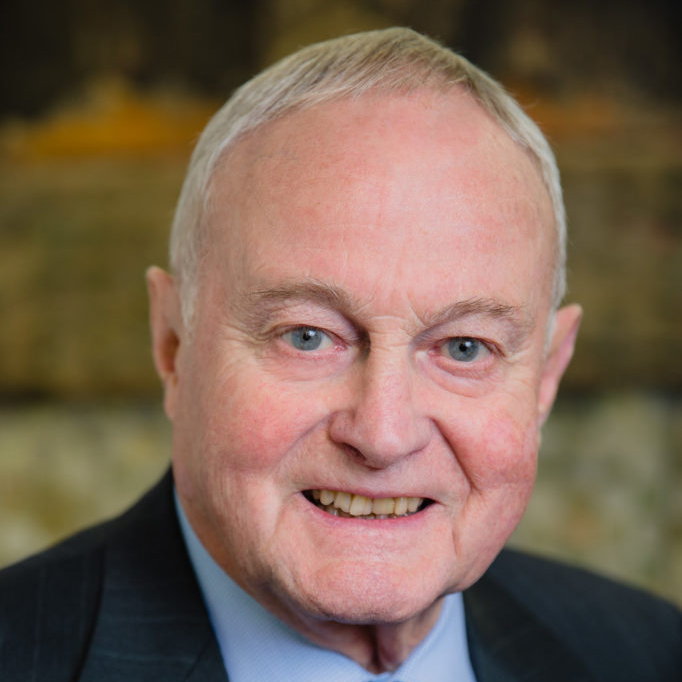 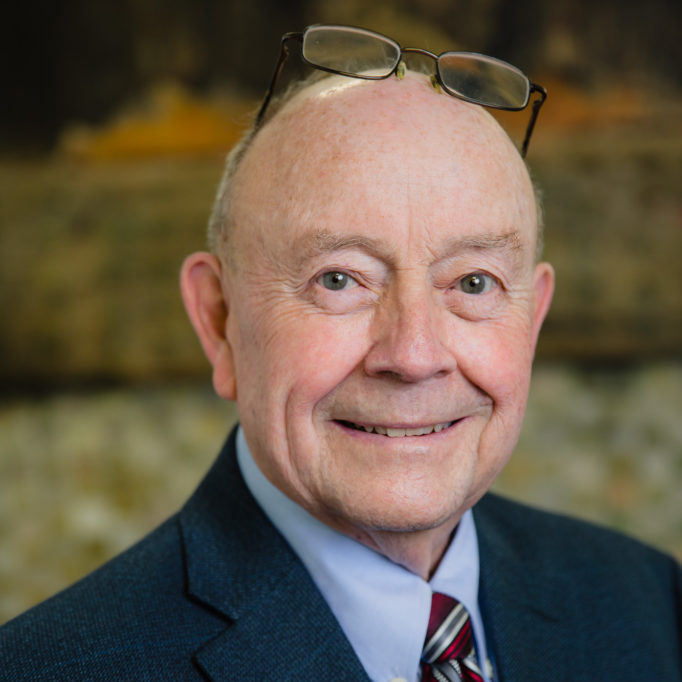 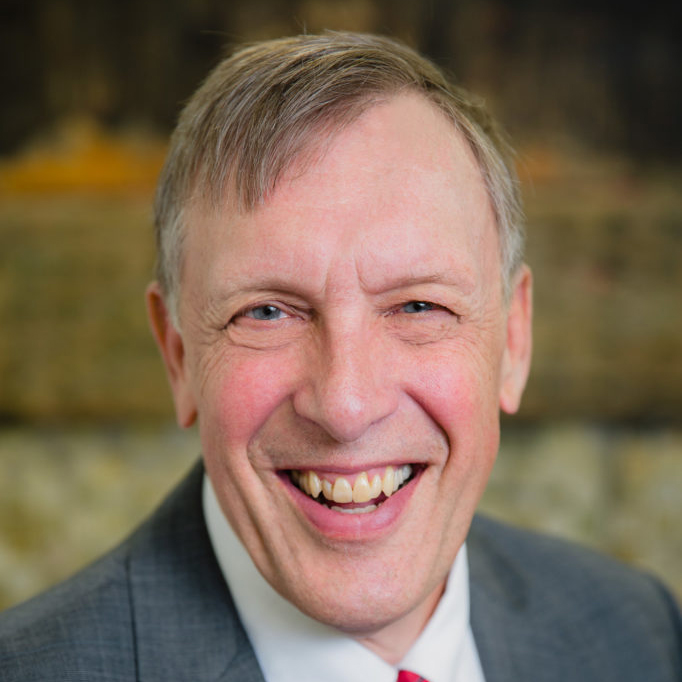 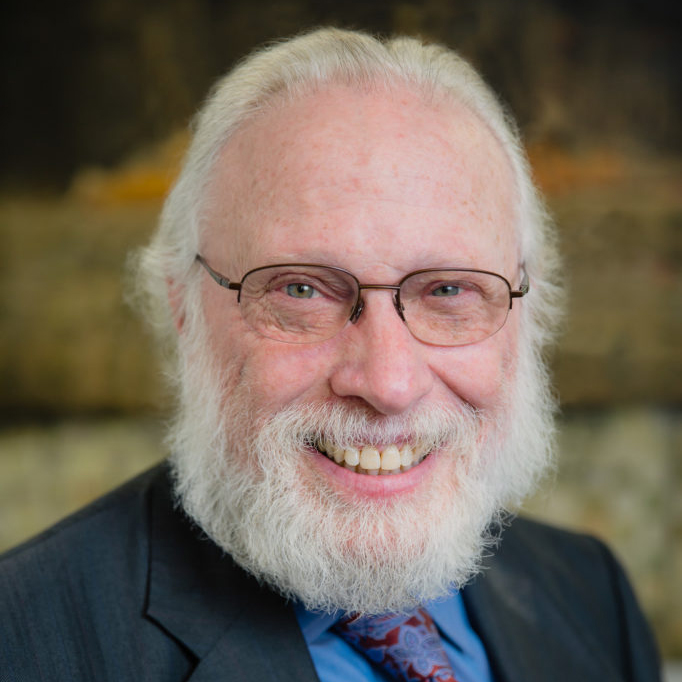 Bill, a former Partner at Paine Hamblen, LLP, is a founding Principal at KSB Litigation P.S. With over 30 years of experience as a trial lawyer, he is a sought-after advisor to utility, railroad, insurance, and other companies. Recognized as a Washington Super Lawyer in 2011, Bill represents individuals, businesses, hospitals, and port districts in a variety of complex, civil, and commercial litigation. He focuses on a variety of practices, including insurance, railroad, tort, hospital, employment, environmental, utility, and Indian law.

Bill also has over 25 years experience and practice in negotiating utility rights-of-way over tribal reservations.

During his career, Bill has served as lead counsel in numerous federal and state cases, obtaining hundreds of favorable verdicts and settlements for his clients.

As a founding Principal at KSB Litigation PS, Jane’s practice focuses on all areas of family law and divorce, as well as civil litigation. She specializes in family law, focusing specifically on cases of dissolution proceedings, high asset valuations, child custody, child relocation, child support, and protection and restraining order proceedings. In addition to matters of family law, Jane also represents companies in environmental litigation, as well as individuals who have been subject to workplace harassment and discrimination.
Recognized as one of the 10 Best Attorneys and one of the 10 Best for Client Satisfaction by the American Institute of Family Law Attorneys, Jane has represented clients and advised various institutions in the Inland Northwest, developing a strong reputation for success in the region.

Over the course of her career, Jane has volunteered pro bono legal services for victims of child abuse, proving to be a true advocate of ensuring the best possible future for individuals and families alike.

As a founding Principal at KSB Litigation PS, Gerry focuses his practice on insurance defense litigation, including construction law, personal injury, medical malpractice, and wrongful death actions. As a representative for insurance companies and their insureds, Gerry works with individuals, corporations, partnerships, and nonprofits. In addition, he represents healthcare providers in all contexts including disciplinary actions, licensing, medical staff governance, and reimbursement.

Mr. Kobluk has represented clients in various state and federal courts, in addition to private administrative hearings and international arbitration proceedings. He has also served as Special Assistant Attorney General for the state of Washington. In addition to practicing law, Mr. Kobluk has worked with Washington State University as an Adjunct Instructor in its Health Policy and Administration graduate program.

William C. Schroeder began his career in 2007 at Paine Hamblen LLP, and was trained as a defense attorney for railroad companies and insurance companies. After becoming a full partner at Paine Hamblen, he left to found KSB Litigation, P.S., where he now has a general civil practice representing both plaintiffs and defendants, focusing on civil and commercial litigation, personal injury, and wrongful death, as well as civil appeals from state and federal trial courts.

He is always pleased to offer free consultations and case evaluations – contact scheduling at (509) 624-8988.

With over 25 years of experience as a civil litigation attorney, Yvonne focuses on general litigation, personal injury, and insurance defense.

Before becoming a full-time civil litigation attorney, she served as an appellate clerk for Judge Elbridge Coochise, Northwest Intertribal Court System, and later served as a member of the appellate panel. Prior to joining KSB, she was a litigator for her father’s firm in Spokane, Morrison & Leveque, later known as Leveque & Kirkpatrick.

Anne also has experience and practice in negotiating utility rights-of-way over tribal reservations.

As a former Fulbright scholar, Ms. Schroeder is especially well-known for her skills in drafting legal documents and guiding clients through the contours of the long-term complex litigation process.

David Broom has practiced commercial litigation for decades, specifically focusing on class action defense. He has represented individuals and companies, serving plaintiffs and defendants alike. Mr. Broom also served as General Counsel for Washington Water Power, now Avista, and has been chair of the Spokane Chamber of Commerce, the Spokane Symphony and the Boy Scout Council.
Over the course of his long career, Mr. Broom has represented clients and advised various institutions in Washington and Idaho.

In addition to his services with KSB Litigation, Judge Leveque volunteers his time mentoring law students and providing pro bono legal services at the University Legal Assistance clinic at Gonzaga University. Judge Leveque has been rated AV-preeminent by Martindale-Hubbell.

Prior to practicing law, he served as the regional claims manager for a national insurance company. Judge Leveque is a Board Member of the Foundation for Washington State Courts, and ULA (Gonzaga School of Law Clinic), as well as a contributor to the Washington Civil Procedure Deskbook.

With over 45 years as a trial and appellate civil litigation attorney, Patrick practices hospital law litigation, specifically focusing on medical malpractice defense, product liability, municipal, and contract law. He also practices insurance and tort claim defense. Pat has been recognized as an Idaho Super Lawyer, as well as a Mountain States Super Lawyer.

Over the course of his career, Mr. Miller has been lead counsel for numerous individuals and businesses during trial, arbitration, mediation, and appeals, and has been recognized as an Idaho Super Lawyer as well as a Mountain States Super Lawyer.

For nearly 4 decades, Jeffry Finer has practiced criminal defense and civil rights litigation in the U.S. federal court system, including arguments in the U.S. Supreme Court.

When not in litigation, Finer is a frequent featured speaker at criminal and civil rights programs, and for over 15 years, has served as adjunct professor at the Gonzaga School of Law.

Brian’s practice focus is in individual, corporate, and partnership planning, including tax planning, probates, and representation before the IRS and Washington state agencies. Born and raised in the Pacific Northwest, Brian has owned his own law practice and worked in public accounting in both tax preparation and auditing as a CPA.

He has also worked as a mobile auditor for the federal government. In time away from litigation, Brian enjoys public speaking, sailing, and teaching.